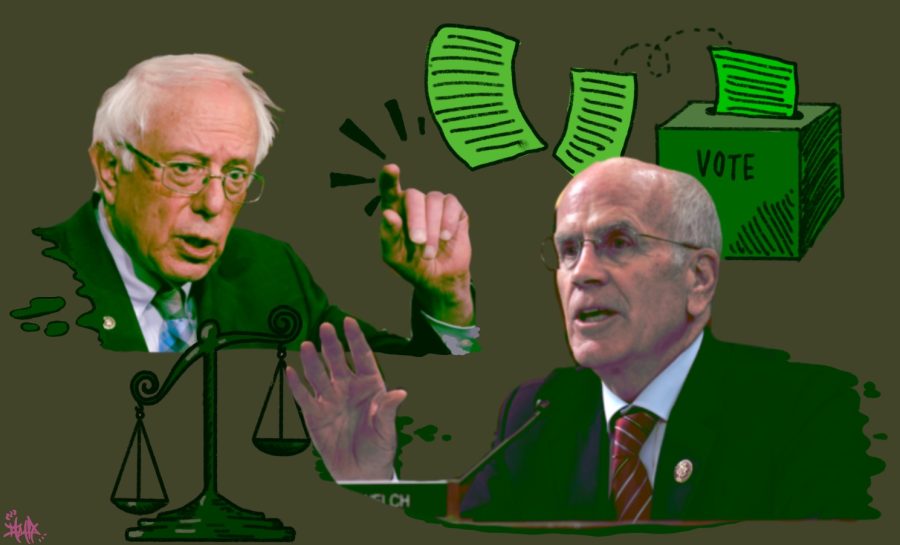 Vermont should have a more competitive election for its Senate seats.

Leahy won his election to the Senate in 1974, according to his website, and announced his retirement at the end of his term next January, according to a Nov. 2021 New York Times article.

At the time, his election represented a changing of the guard. It was the first time Vermont elected a non-Republican since Lawrence Brainerd of the Free-Soil party, who was elected before the Civil War, according to Senate records.

This election could have been the same. Instead, the race will almost certainly go to Democrat Peter Welch, who has been serving as Vermont’s lone Representative since his election in 2006, according to his office.

Senator Sanders endorsed Welch almost immediately after he launched his campaign for Senate, according to a Nov. 22, 2021 tweet.

Sanders is one of the most well known senators in the country. His endorsement is powerful enough to almost guarantee Welch victory in November.

Sanders’ endorsement sucked all the oxygen for another candidate out of the race.

Niki Thran, an emergency room physician, is the only other person to announce a bid for the seat, according to the Open Secrets research group in September 2021.

The race should be decided by what constituents want; not by a public figure. As a college student in Vermont, Welch lacks qualities I desire.

Welch has a weak position on student loan debt cancellation, according to his website. He supports loan forgiveness for graduates working in public service.

Vermont has 38,691 students in higher education, according to data compiled by College Tuition Compare. As a student, I would rather have a senator with a more aggressive stance on loan cancellation.

A victory based on name recognition or a Sanders endorsement is closer to a coronation rather than an election.

Competitive elections incentivize candidates to change their platform to capture more votes. In turn, this ensures the winner will represent the voter’s opinion.

Since no Republican has won a federal election in Vermont since Jim Jeffords in 2000, according to Open Secrets, it is unlikely one would win this election. The Democratic primary would be the only place where multiple candidates have a path to victory.

Looking at where Welch stands, it’s easy to think his generally progressive ideology is what Vermonters want. Unless another candidate actually tests this, there is no way of knowing.

Even if Welch’s policies are popular in Vermont, only a competitive election can ensure Vermont gets the representation they deserve.