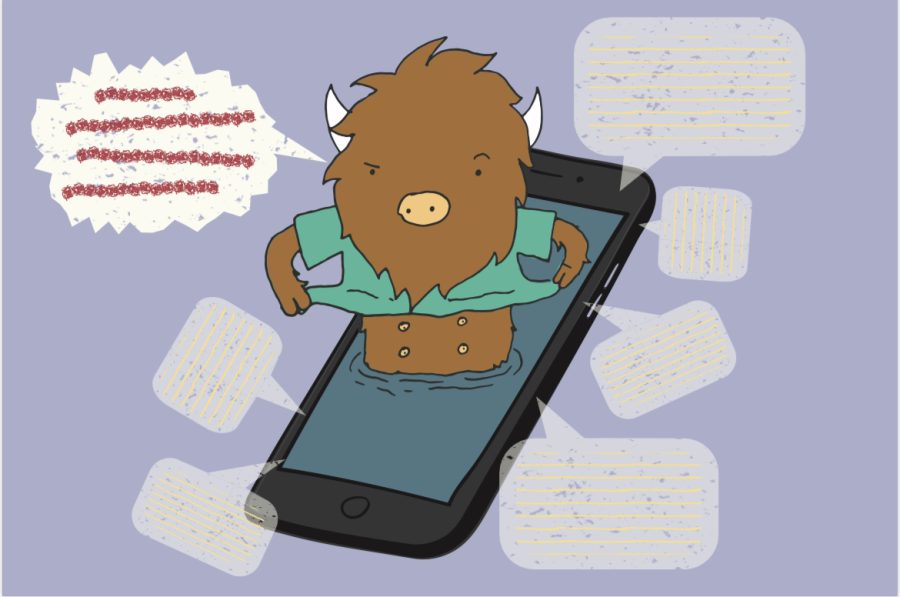 Burlington’s YikYak is crowded by creepy comments and there needs to be a better way to remove these posts from the app.

Every night around 10 p.m. on the anonymous chat app YikYak, comments start to get weird.

On Tuesday, March 22 between the hours of midnight and 1 a.m., I counted 15 sexually charged and plain creepy sexually suggestive comments that were left on posts.

While used primarily as a space for students on campus to vent about a tough day, complain about various teachers or try to find friends through mutual interests, some students use the app for a completely different reason.

It may start with a simple post of wanting a girl to come over and cuddle, but before long the posts begin to get absolutely vile.

Posts asking for extreme sexual acts, begging other users to show them their genitalia and dropping phone numbers and Snapchats looking for late night get togethers or sneaky links are commonplace.

Even more uncomfortable to look at are the creepy comments left on otherwise ordinary posts from other users.

“I have average size boobs but I’ve never been able to find a bra that fits right ever I’ve tried them all!!!” a March 16 post stated.

Unfortunately, posts eliciting weird comments like this on the app are not rare.

“Any girls at the gym eyeing anyone rn cause you guys are so good looking,” a March 12 post stated.

“Especially the ones with the tight pants and low cut tops,” a comment on the March 12 post stated.

These posts are directly against the community guardrails.

“Someone come sit on my face please I’ll buy us lunch,” a March 27 post stated.

Without any kind of regulation or the community stepping up to the place and decrying these acts, they will only become more frequent and vile.

“Don’t pressure someone to engage in sexual behavior on Yik Yak… Don’t ask for or offer sexual favors and expect reciprocation and compensation of that request,” the YikYak Community Guardrails stated.

Yet people in the five miles surrounding campus directly ignore these guardrails, without their posts being deleted.

“I have decided to start wearing cute underwear under sweats and take sexy pics again bc I deserve to feel good in my body, even if it’s just for me,” a March 16 post stated.

Posts against the community guardrails can be reported and removed, but this process does not work.

YikYak has benefits for the UVM community, but in order to enjoy the good there needs to be an easier way to remove posts against the guardrails.

YikYak needs to put more effort into making a stronger filter to automatically remove content so users can feel comfortable on the app.