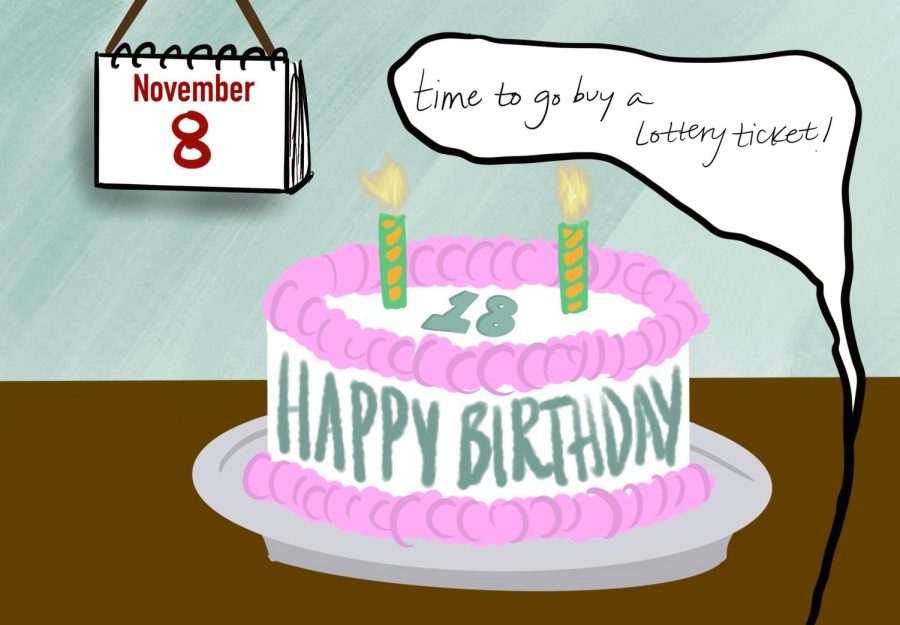 Millions of voters will cast their ballot on Nov. 8, Election Day. While voting is open to those aged 18 and over, many end up not exercising this constitutional right.

The U.S. has a significantly lower voter turnout rate compared to other countries, with 60% of eligible voters participating in presidential elections and an even lower turnout of 40% for midterm elections, according to FairVote.

While many Americans do not cast their ballots, young voters’ participation is especially low. Voters from the ages of 18 to 24 have the lowest voter turnout rate out of all age groups, at 51.4%, according to a 2021 U.S. Census report.

Over the fall recess weekend, I went to my hometown’s city clerk to vote using an absentee ballot.

When it came time for me to fill out my ballot, I found that I did not know who all of the candidates on the ballot were.

I had been so focused on remembering to vote and getting my ballot in that I did not take the time to seek out information about the candidates and issues that I would be voting for.

Though I would have likely voted for these candidates anyway, I would have felt more comfortable and secure in my choices if I knew my options ahead of time and understood the candidates I was voting for by taking the time to do research.

My situation is not an uncommon one.

Once young people make the choice to not participate in elections, they form a habit where they do not want to take the time and effort to vote.

Despite what many may think, young people are educated about the world, have an understanding about important issues and know the change they want to see happen around them, according to a Nov. 18, 2021 article from The Guardian.

In the past few years, people of younger ages have become vocal and active in issues such as racial equality, gun violence and climate change, according to a 2020 survey conducted by Tufts. However, it’s important to bridge the gap between interest and the ballot box.

The first step to becoming a voter is registering and understanding how to vote. Websites like Vote.org provide multiple resources to help eligible Americans complete these steps.

While this resource is incredibly helpful, it is still not enough to mobilize and inform young voters. Along with getting to the ballot box, voters also need to understand what is on the ballot.

Many potential voters already know what issues they care about and what change they would like to see their vote create.

In addition to using registration resources, young voters should take initiative and turn to websites where voters can learn about their local, state and federal candidates.

Through campaign websites and local news sites, voters are able to see what these candidates’ stances are on the issues they care about and what action they are planning to take.

Registration websites—like Vote.org and TurboVote—provide detailed resources that help voters learn how to register, where their polling locations are and provide links to state and local resources for more needed information.

Through candidate information websites, voters can learn about their federal, state and local candidates and understand the candidates’ stances on important issues.

For example, VTDigger provides an election guide for Vermont voters that includes profiles and recent news on federal, state and county candidates for the upcoming election.

If young people utilized such resources, I believe they would be more likely to vote because they would have a better understanding of what their vote would go towards.

Young voters may have the lowest turnout rate, but it does not have to be this way.

If young people take the time to become more informed and create strong voting habits, their values will fill the ballot box and their voices can be heard.