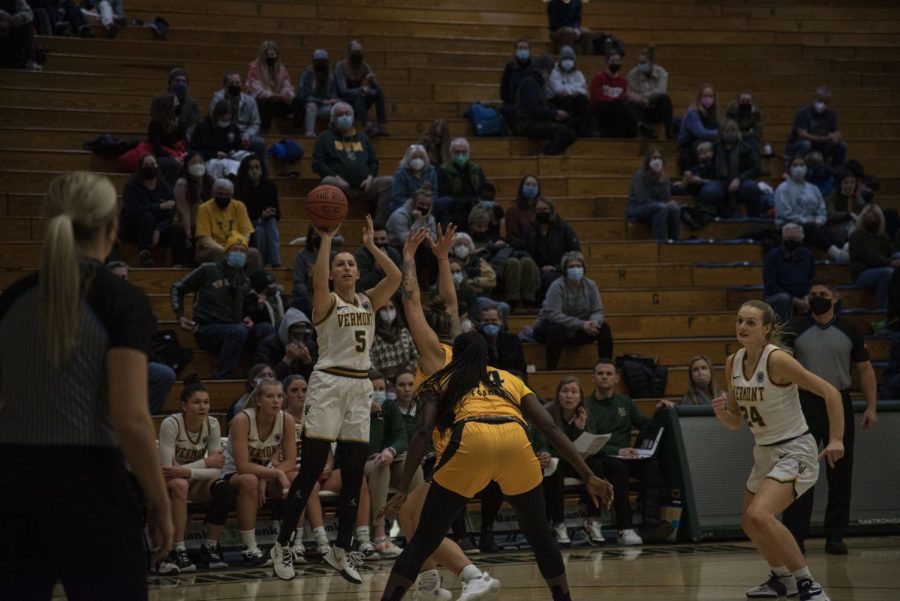 At the start of the game, Larkins needed four points to reach 1,000 in her UVM career. She reached the milestone with two free throws late in the first quarter.

Larkins is the 23rd player in program history to reach 1,000 points and the first since Hannah Crymble ‘20 in 2018, according to a Jan. 15 UVM athletics article.

Vermont took an early 10-2 lead with four points each from Utterback and junior forward Delaney Richason. They led 17-5 after the first quarter.

Larkins had five more points in the second quarter as UVM took a 30-16 lead into the halftime break.

Utterback scored nine in the third quarter as the Catamounts extended their lead.

Vermont’s three-point shooting extended their lead to 30 in the fourth quarter. The Catamounts hit four three-pointers in the first four minutes of the quarter.

UVM maintained their lead in the final minutes for a 33-point win.

UVM held UMBC to 31.5% shooting and the Retrievers missed all 11 of their three-point attempts.

“I’m proud of the way our team responded and took care of business today,” Kresge said. “We shared the ball well, had multiple double-digit scorers and were able to get consecutive defensive stops.”

The Catamounts will host the New Jersey Institute of Technology on Jan. 19. Tip-off is set for 6 p.m. at Patrick Gym.