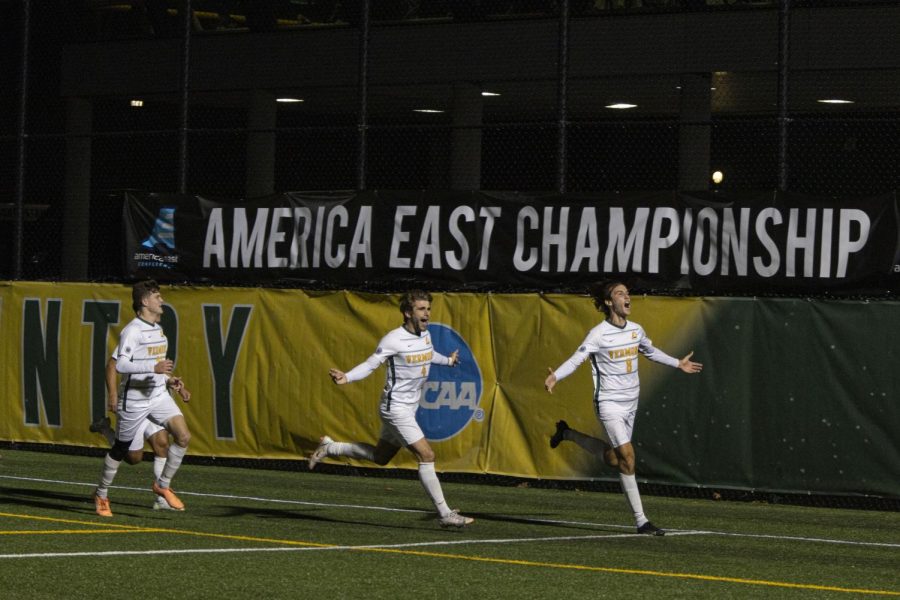 Women’s soccer lost 2-0 to Princeton University in the first round of the NCAA tournament Nov 12. The loss ends a season of historic success for the Catamounts.

UVM won the America East regular season title for the second time in program history and the first time since 1996, according to UVM athletics. They defeated the University of New Hampshire 1-0 to win their first America East tournament championship on Nov. 7.

Vermont reached the NCAA tournament for the second time in program history and the first time since 1984, according to UVM athletics.

UVM will learn its tournament opponent at the NCAA selection show on Nov. 15 at 1 p.m.

Women’s hockey lost twice at home to No. 4 Northeastern University. On Nov. 12, they fell 3-0 as Huskies goaltender Aerin Frankel made 26 saves to earn a shutout.

On Nov. 13, graduate forward Kristina Shanahan gave UVM the lead with a first-period goal, but Northeastern tied it late in the period. The Huskies scored twice in 28 seconds late in the third period to secure a 3-1 win.

Men’s hockey lost the first and tied the second of two games at the University of New Hampshire.

Women’s basketball opened its season with an 87-57 home win over Merrimack College. Eighty-seven points are the most the Catamounts have scored under Head Coach Alisa Kresge, in her fourth season. Read more from Lucia Gallo

On Nov. 14, UVM lost 67-50 to Marist. The Red Foxes never trailed and led by as many as 25 points. Junior guard Jane McCauley led Vermont with 16 points.

Vermont will travel to face the U.S. Naval Academy on Nov. 20.

Men’s basketball opened its season with a 71-57 win at the University of Northern Iowa. Senior guard Ben Shungu led UVM with 19 points.

On Nov. 13, No. 21 University of Maryland defeated Vermont 68-57. The Catamounts led 36-32 at halftime before the Terrapins mounted a comeback. Shungu led UVM with 27 points.

Vermont will host Worcester Polytechnic Institute on Nov. 16 and Yale University on Nov. 19.

Men’s and women’s cross-country each finished in 24th place at the NCAA Northeast Regional on Nov. 12.