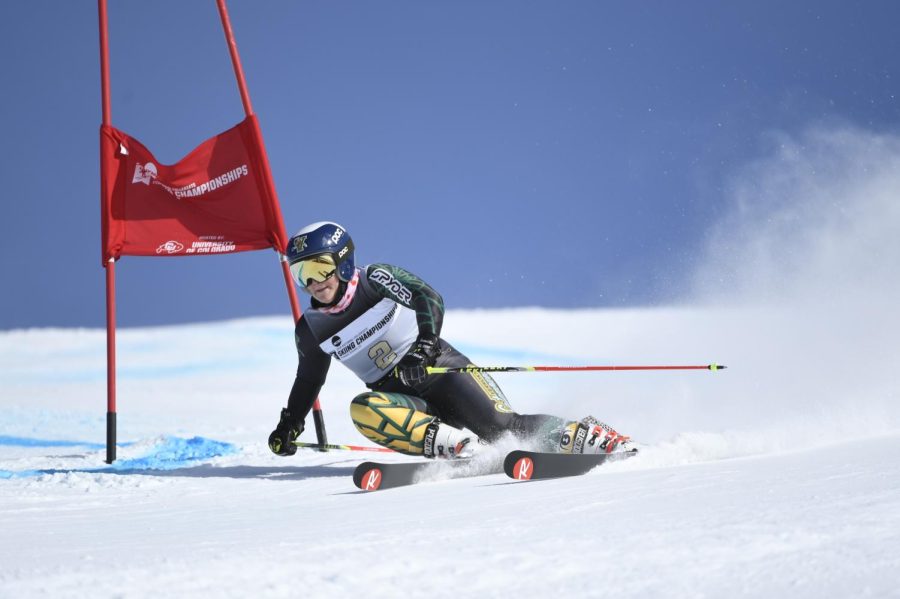 Ten current and former UVM athletes will compete in the 2022 Beijing Winter Olympics, which begin Feb. 3, according to the Olympic schedule of events.

“I’m really excited to be named to the Olympic team,” Ogden said. “Growing up in southern Vermont, I have been inspired by Olympians my whole life and becoming one myself has always been a dream. I am excited to race hard and have some fun in China.”

UVM has never had 10 athletes in a single Olympics. The previous record of nine was made in 2018, according to UVM athletics. A current or former Vermont athlete has competed in every winter Olympics since 1956.

Kolowrat, Pátková and Mlýnková participated in a qualifying tournament in November, where the Czechs won their group to reach the Olympics for the first time, according to the Nov. 14 2021 International Ice Hockey Federation article.

“The impact on our program, on our culture, can’t be overstated,” women’s hockey head coach Jim Plumer said.

Plumer felt excited to watch his players fulfill their Olympic dreams, he said.

“There’s gonna be a lot of tingles going down the spine when we get to watch them play on that stage,” Plumer said.

The four hockey players join Kiara Myren ‘15 and Amanda Pelkey ‘15 in the ranks of UVM women’s hockey Olympians. All four players also participated in the 2021 International Ice Hockey Federation Women’s World Championships, with Karjalainen winning a bronze medal with Finland, according to the IIHF.

In cross-country skiing, Ogden, a native of Landgrove, Vermont, makes his Olympic debut this winter. He won the men’s 20k freestyle with a time of 48:41.6 at the first race of the collegiate season on Jan. 14. He was the only racer to finish in under 49 minutes.

Moltzan also makes her Olympic debut. Christine and Scott Patterson, St. Germain and Drury all competed at the 2018 Pyeongchang Olympics. Drury finished No. 4 in the men’s ski cross.