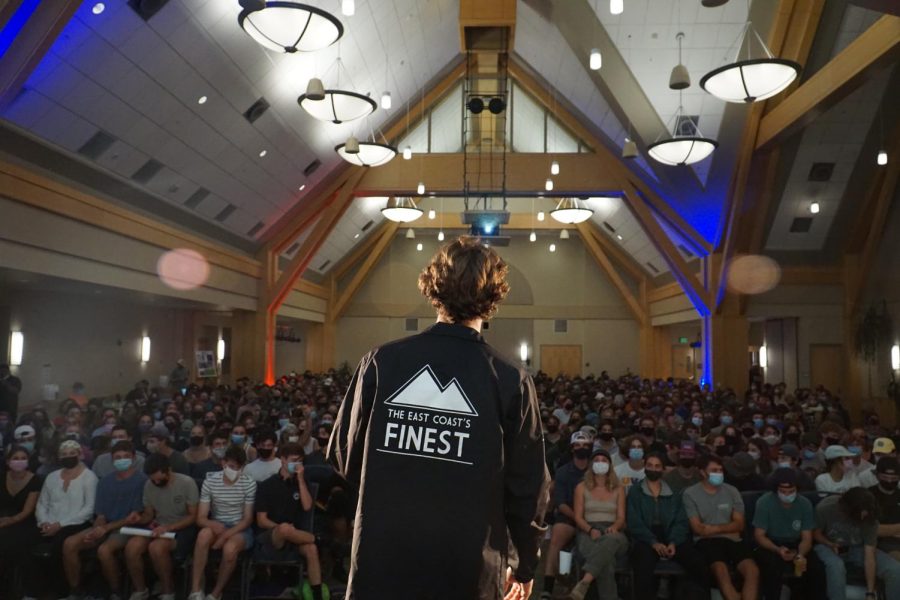 As temperatures continue to drop and students return back to campus, the Ski and Snowboard Club kicks into full gear for the upcoming semester.

The Ski and Snowboard Club is the largest collegiate ski and snowboard club in the U.S., and it is one of the largest clubs within UVM, according to their website. SSC is run by student officers who work throughout the year to bring the community together.

“UVM is surrounded by the mountains and makes them really accessible,” said senior Will Weiss, president of the SSC. “Since there’s so many people that share this common interest, I think the Ski and Snowboard Club is a great way to bring those people together.”

Alongside skiing, the club works to build relationships, according to their mission statement.

“Our mission is to provide the UVM skiers and snowboarders with the opportunity to foster and develop relationships with the greater ski and snowboard community of Northern VT,” the SSC website stated.

No matter their experience level, any student can become a member which gives them a t-shirt and access to exclusive discounts. The fee to join and become a member is $20 dollars, according to SSC website.

“Skiing is definitely not a cheap sport,” Weiss said. “We do our best to get our members as good a discount as possible.”

The club offers discounts at select ski shops and on season passes, according to the SSC website.

“Cost is honestly one of the biggest barriers, so figuring out how to lower that cost and make it appealing and accessible to people who may not be familiar or involved with that community is the biggest challenge that we’re trying to address,” Weiss said.

First-year member Hannah Brouillard benefits from the SSC because of their lowered costs and easy mountain transportations.

“[The Ski and Snowboard Club] makes everything really easy to access,” Brouillard said. “Especially not having a car, it made it so easy to go skiing which is really nice. You can choose what weekends you want to go, and work around your own schedule.”

Throughout the year, the club also hosts shop nights for ski shops such as Skida, Burton and Alpine. At a discounted price, members of the club can get together and shop for any equipment they might need, according to their website.

“It’s a good way to have people come together for a common purpose,” Weiss said. “People can come with their friends and meet new people.”

From premiers to ski trips, the Ski and Snowboard Club hosts all kinds of events throughout the year that bring together a community within the club, Weiss said.

“We had 3,000 members this year,” Weiss said. “It’s more difficult to organize the community on, say, a weekly basis so we try and use bigger events to bring a lot of people together.”

To join the SSC community students can find more information on their website.