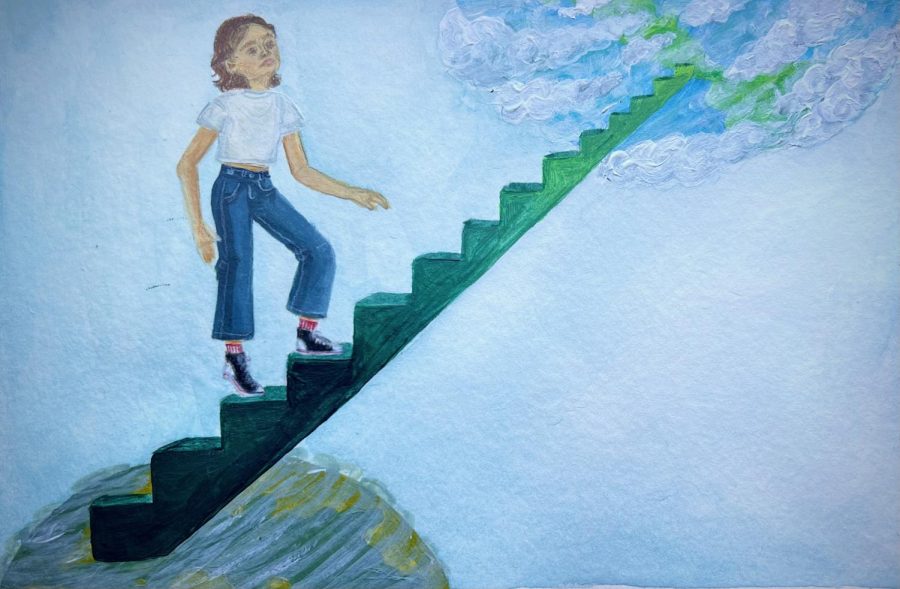 The state of the world is overwhelming. Our media landscape is flooded with negativity about the world falling apart and it feels like there’s nothing that can be done.

This oversaturation of negativity just causes burnout and apathy. What no one realizes is that there’s so much progress and hope that climate problems are going to work out and we need to focus on that.

Climate change is one of the main drivers of doom and gloom that’s causing stress among students and has seeped into nearly any class you could take at UVM.

Climate change is a big problem that we can’t ignore. However, there has actually been tons of progress made regarding this issue.

For one, electric vehicles are on the rise, decreasing the number of fossil fuel-guzzling cars on the road, according to a May 23 article from the International Energy Agency.

When a gallon of gasoline is burned, it produces around 20 pounds of carbon dioxide, according to the U.S. Department of Energy. Since electric vehicles aren’t burning gasoline, carbon dioxide isn’t being emitted.

EVs are slowly becoming more mainstream and much more affordable to the average consumer. One of several cheaper examples is the Chevrolet Bolt, starting at $25,600 from the factory, according to the Chevrolet Bolt webpage.

For example, there haven’t been any instances of rivers catching on fire recently, unlike in 1969 when the Cuyahoga River burst into flames, according to the Case Western Reserve University Encyclopedia of Cleveland History.

High amounts of oil and chemical deposits sitting in the river were the ultimate cause of the infamous river fire.

Global poverty has slowly been declining for years now, according to a Dec. 2, 2021 New York Times article.

One of the 17 United Nations’ Sustainable Development Goals is “no poverty.” This set of goals intends to direct the global community towards a more sustainable world, according to the United Nations.

People living in poverty are the most heavily impacted by climate change, according to a Feb. 19, 2020 article from Global Citizen.

However, there are steady downward trends in extreme poverty in regions all across the globe, according to The World Bank.

Even the ever-depressing Great Pacific Garbage Patch is getting cleaned up. With increased attention to the oceanic trash heap, companies all around the world have taken the initiative to reduce waste and cut down on single use plastics, according to a Jan. 3, 2019 article from the U.S. Chamber of Commerce Foundation.

One company, The Ocean Cleanup, has created a device to start cleaning the patch. Since July, the group has removed over 100,000 kilograms of plastics from the patch, according to their website.

After years of testing and mapping out the patch, The Ocean Cleanup is executing a plan to completely clean this rubbish monstrosity.

None of this is to say that we shouldn’t be aware of the world’s problems or the fact that climate change is by no means solved. But we need to focus on the fact that there is hope and there is progress, no matter how small the little wins seem.

Don’t let the state of the world discourage you from making an effort to combat climate change. Feel motivated by these accomplishments to get involved yourself.

Don’t be apathetic, and don’t let the world get you down.