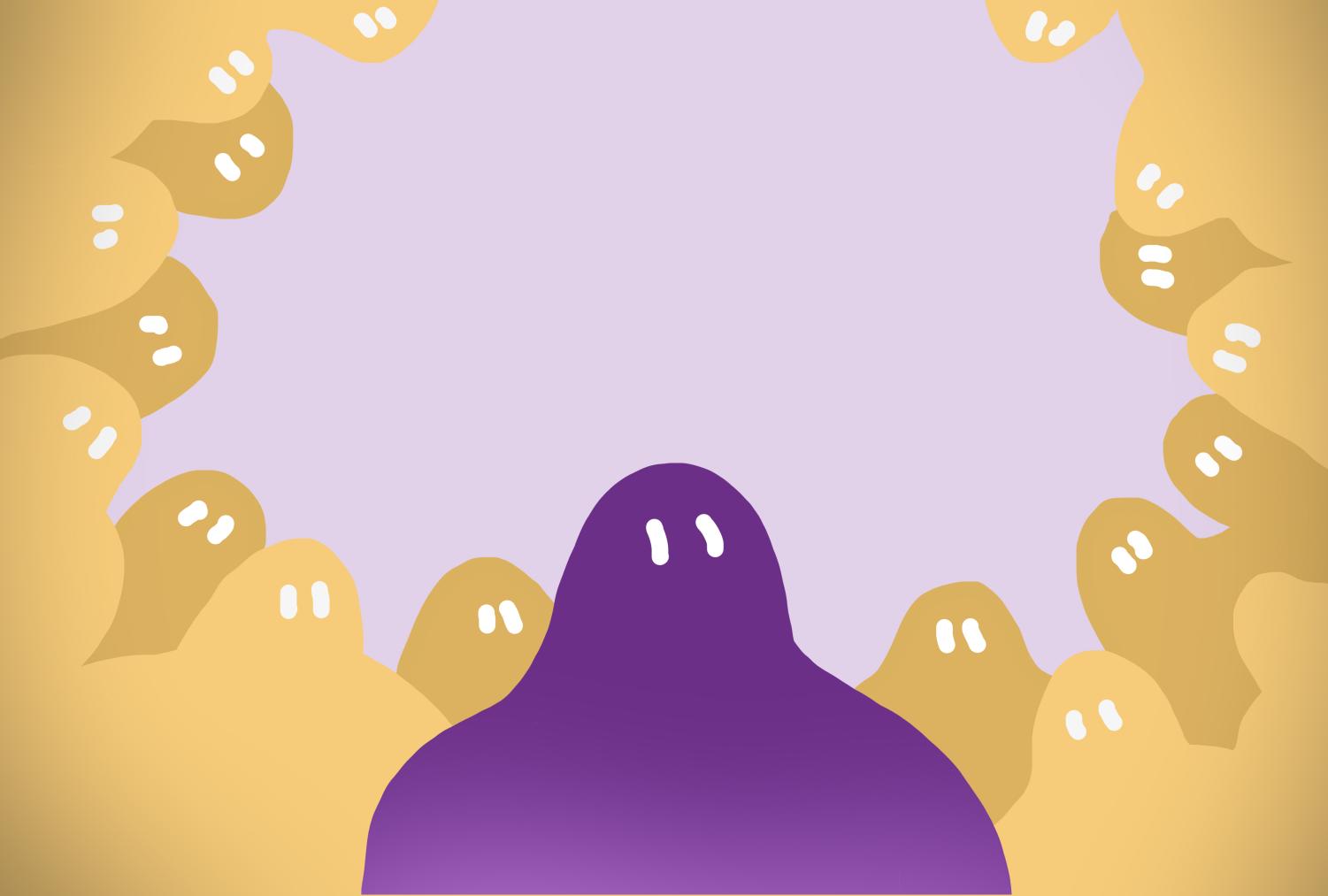 Hyper visibility from the eyes of students of color

I wore a mask far earlier than COVID-19, and the one I created for myself fills me with guilt.

I protect myself by pretending to be someone else. I walk around campus every day thinking about who I would be if I wasn’t brown. I wonder if I would still stand out in a crowd, or simply become another face in it.

I made peace with the fact that Asians make up 3% of campus according to the College Simply UVM website. Creating my own space in an 82% white population became more of a necessity than a luxury.

Hyper visibility represents the kids who can’t talk back, kids who keep their eyes down when walking around campus, kids who shave everyday because they get racially profiled due to their facial hair.

The embarrassment that comes with condescending jokes and denial from social circles relating to  your culture nauseates me. Loneliness develops because people think the color of your skin defines your personality.

There lies the single biggest challenge in my world. This country’s racist history causes all people of color to constantly feel on guard. People staring at me, stereotypical jokes and the dismal accent mimicking simply exhausts me.

A first-year student who will be referred to as “David” for the sake of anonymity, identifies as an African American also notices these constant instances of covert racism, he said.

“I always feel cautious about every move I make, whether it’s in a class or  roaming around,” he said. “I still feel like I’m the only one being seen, since I’m not white.”

The negativity connected to a characteristic as natural as melanin in one’s skin is heartbreaking.

“I just try to fit in with my peers and not follow the negative stereotypes that are associated with my race,” David said.

A sophomore student who will be referred to as “Richard” identifies as Afro-Latinx and said he agreed with David’s perspective.

“I try to deal with being in the spotlight for negativity by just trying to prove everyone wrong,” he said. “I try to be as kind and respectful to everyone as I can be.”

Richard controls his emotions around others as a coping mechanism, he said.

“[Controlling my emotions is] hard to do sometimes when people are purposefully trying to get me to react, but I know that the outcome of me being rash does social damage to more than just myself,” Richard said.

There lies the reason for the hesitation to speak out. The consequence of our actions as minorities aren’t just on the individual, they affect all of us. White people change their opinion of BIPOC as a whole because of one rash moment of our masks falling away.

The weight of educating everyone about how to treat BIPOC should never fall on us. I’m scared of misrepresenting the people who I interview, of somehow betraying my race through my own actions.

Fear of misinforming and of standing out is something both my interviewees reflected.

“Oftentimes this leads me to be very quiet about a topic that directly relates to me,” Richard said. “I hope I can try and redirect this feeling, taking that energy and becoming a part of the conversation and teaching people.”

BIPOC also fear having to be the spokesperson for white peer groups, David said.

“If I say something that they don’t agree with or makes my peers uncomfortable, then I’m at a disadvantage, since I’m the only one who can really stand up for myself or the topic I’m trying to defend,“ David said.

The responsibility of educating a classroom full of prejudice and  ignorance creates a spotlight for any BIPOC within the room. The education that one BIPOC provides doesn’t necessarily mean it represents the same experience for other BIPOC.

Educating is exhausting and demoralizing. Please do your own research, think before you speak, and check yourself before you say something that will linger on our minds for years to come.

Hyper visibility might disturb you, it might make you feel uncomfortable, remind you of things you have said and opinions you carry in your heart.