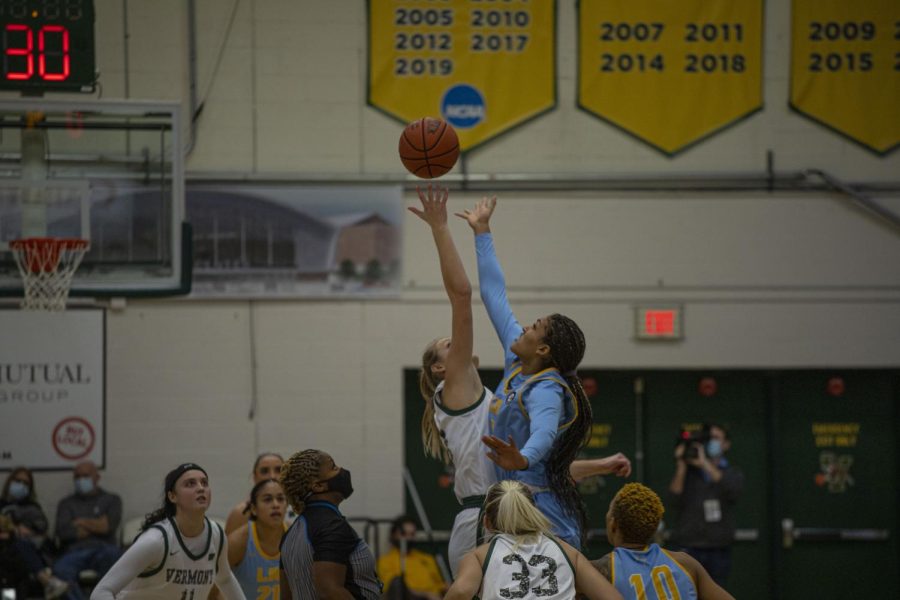 Vermont earned a 52-51 win over Long Island University on Dec. 3.

With 5.1 seconds on the clock, junior forward Delaney Richason’s layup lifted Vermont to a 52-51 win over Long Island University on Dec. 3.

After squandering a 16-point halftime lead, the Catamounts recovered to earn their third win in their first four home games. UVM improved to 3-4 overall while LIU fell to 0-8.

“It was a gritty win for our program and a step in the right direction to help us learn how to finish games,” Head Coach Alisa Kresge said. “We fought through some second-half adversity and still found a way to win.”

LIU guard Emaia O’Brien’s layup gave the Sharks the lead with 1:34 remaining before Richason’s game-winning layup. Forward Erykah Russell had a chance to win it for LIU as time expired but her shot went wide.

LIU began the third quarter on a 17-1 run to tie the game at 37 points before the Catamounts regained their advantage to lead 41-39 entering the fourth quarter.

The Sharks took their first lead of the game on forward Kiara Bell’s layup with 3:44 remaining. Bell led LIU with 14 points.

Vermont regained the lead seconds later when sophomore forward Anna Olson converted a three-point play to give UVM a 50-49 lead. Olson led the Catamounts with 17 points and added three rebounds and two assists.