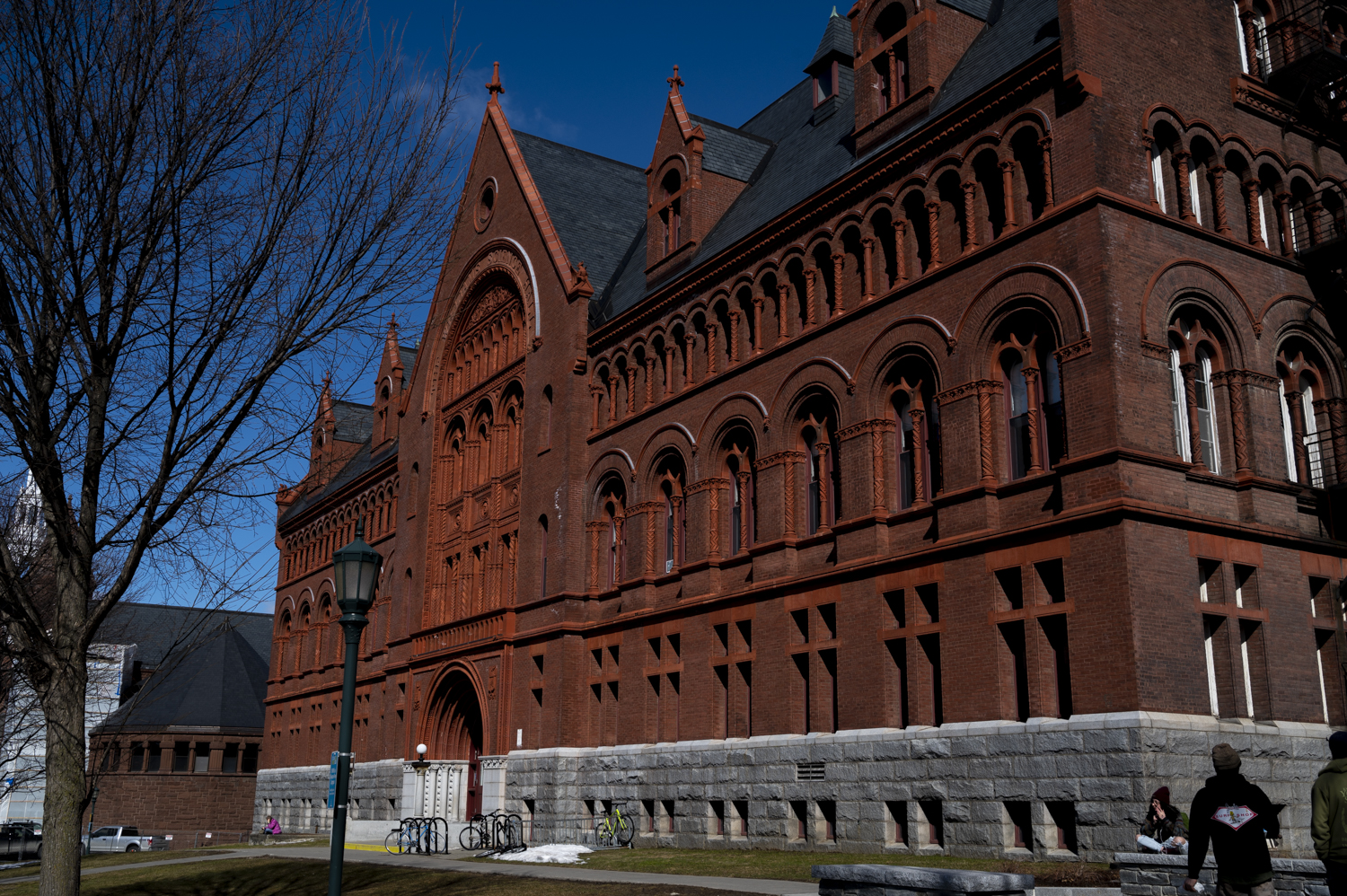 Williams Hall stands on College Row, March 5. The building has stood on UVM’s campus since 1896.

A look into the past: Williams Hall

In 1896, 43 years after the last fire in Old Mill, UVM decided it was time to build the first fireproof building on a college campus in the U.S.

The building was constructed with money donated from Edward H. Williams, a philanthropist and railroad tycoon, according to an 1894 Burlington Free Press article.

None of the building is made of wood, including the floors, which are a 9-inch reinforced concrete, according to the article.

Built by the Wilson Brothers, a group of architects from Philadelphia, the building cost $200,000 in 1896 for both materials and equipment, according to the 1996 Vermont Quarterly Summer Issue.

Although the building is designed in Victorian Eclectic style, it features terra cotta Gothic ornamentation, including gargoyles at the bases of gable parapets.

In order to create a place for Williams, Torrey was moved in its entirety to its current location between the Billings Library and Perkins Hall.

Torrey Hall served as the arts building at UVM until the mid-1970s when the department moved into Williams, its current home, according to Vermont Quarterly.

In its prime as the home of the sciences at UVM, Williams utilized state-of-the-art equipment in order to educate students according to the magazine.

Today, the building is home to the art and art history and anthropology departments.

In his first years at UVM, Luis Vivanco, professor of anthropology and co-director of the humanities center, said he had experiences with spirits in the building.

“When I first started, I started feeling things, especially during quiet times when no one was around,” he said.

Even so, Vivanco said he loves the atmosphere in the building, in which he has had an office since 1997.

“There’s a tremendous amount of life and vibrancy in this building,” he said. “I love an academic building where people don’t shut themselves in, but they open up because you see creative possibilities emerge.”

Vivanco said he also likes the mixture of students and faculty with whom he interacts every day on the way to his fifth floor office.

“We have that big classroom, 311, and so you have economic students, you have CDAE students, so it’s a really good mixture,” he said.

Williams Hall, with its unique architectural style and ornamentation, continues to stand apart from the other buildings on College Row, as it has for the past 124 years.