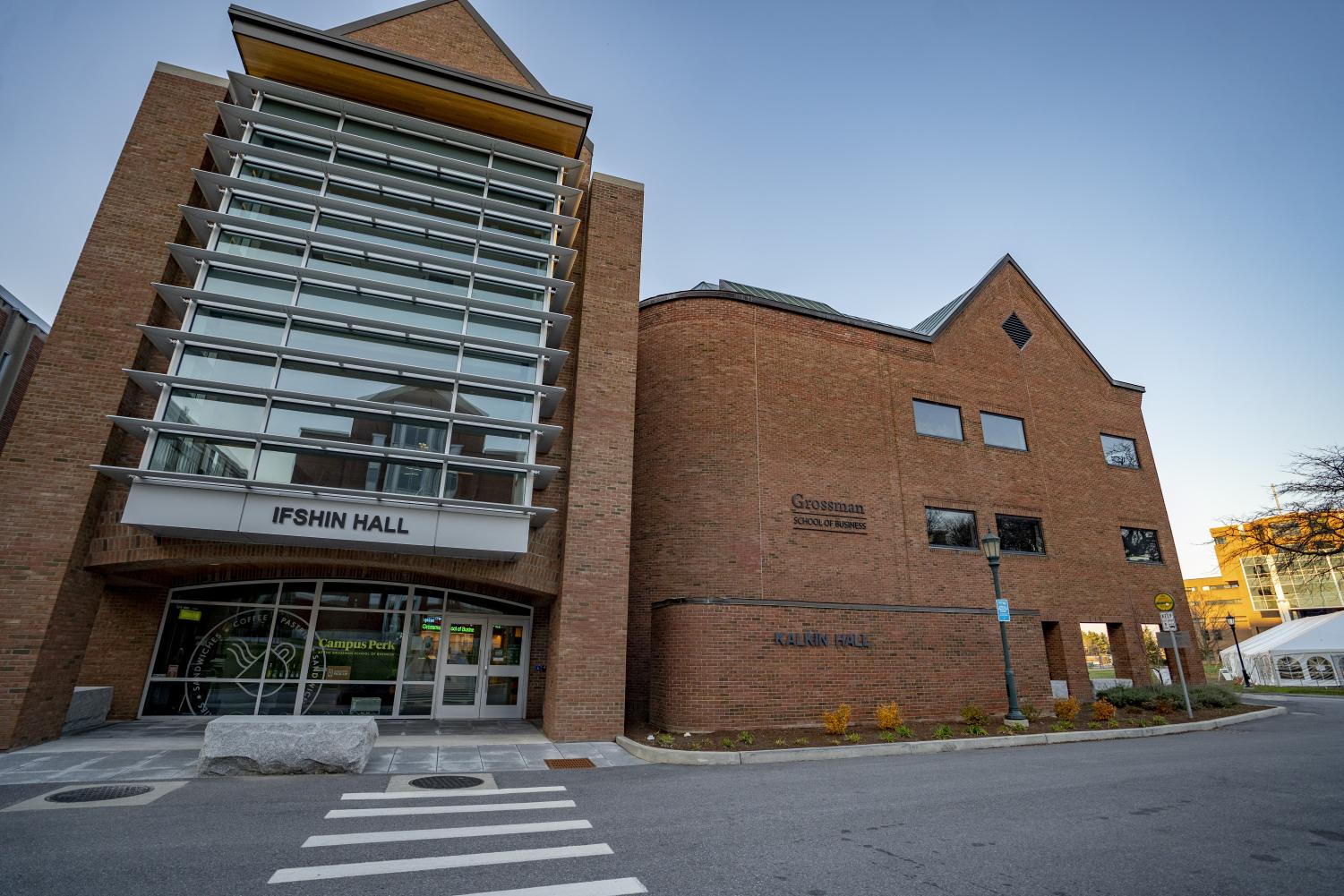 The Grossman School of Business is made up of Ifshin and Kalkin Halls, pictured Nov. 8 (Sawyer Loftus)

The Grossman School of Business is made up of Ifshin and Kalkin Halls, pictured Nov. 8

Despite Vermont’s record-breaking voting turnout in 2020, UVM’s voting rate historically falls short of average, and certain majors appear to contribute to its low participation more than others.

According to the National Study of Learning, Voting and Engagement, business, marketing and management majors at UVM displayed the lowest student voting rate at the University for recent presidential elections, with 26.6% turnout in 2012 and 28.7% turnout in 2016.

Jared Weiss, a junior business administration major, did not expect his classmates to have the lowest turnout, despite not voting himself.

“I did not get the chance to vote in this election, I was lazy this year,” he said. “I’m surprised it’s the lowest.”

Other UVM majors at the bottom of the list for participation in the 2016 election include computer and information sciences with 29.7%, engineering and engineering technologies with 38.2%, and physical sciences with 34.8%.

Meanwhile, UVM’s family and consumer/human sciences fell within the top three majors for voter turnout consecutively, with 52.2% of students voting in both 2012 and 2016.

According to the Nation- al Study of Learning, Voting and Engagement, engineering majors nationwide, as well as mathematics and statistics, had the lowest voting rate in the 2012 election, while education and health professions had the highest.

According to the UVM Office of Institutional Research, 62.9% of Grossman School of Business and 74% of College of Engineering and Mathematical Sciences students are male. In contrast, in the university as a whole, only 39.3% of students are male.

In reference to voting demographics, Lana Al Namee, President of the Student Government Association, believes that policy can have different impacts on voters’ lives because of their race and gender. She said this might result in the differences in turnout.

“Folks who are more affected by their experience, and the systems of the U.S., would be more apt to go and vote because they want to see a difference, and a lot of the times their voices aren’t heard,” she said.

Al Namee said that if people weren’t affected by political elections, and did not feel that they had anything to gain or lose, then people would not vote.

But senior Shan Shan Zheng, a business administration major, said that she had intentions to vote and was disappointed at the limitations she faced.

“I didn’t register in time,” she said. “In New Hampshire you have to vote in person, so I would have to go back home for it. I feel a little bit sad because I wanted to vote.”

She thinks that the business school has a lot of international students, and since they are unable to vote in the U.S., this might explain the lack of turn- out among business students.

In 2016, international students made up 5% of UVM’s undergraduate population, while making up 16% of GSB and 11% of CEMS, according to the UVM Office of Institutional Research.

Fifty-two percent of international students enrolled in GSB and CEMS, while 28% enrolled in CAS, UVM’s largest college, leaving 19% enrolling in the remaining four colleges. The representation of students from outside of the U.S. within each college varies, and this may de- scribe the discrepancies in voting rates between majors.

According to UVM Votes, a newly formed voter outreach organization on campus, the UVM voter turnout rate among all students was only 46.2% in 2016, falling behind the national average of 50.4% for all college students.

With regard to this low student engagement, Al Namee expressed disappointment in her classmates who failed to vote in this election.

“It drives me insane, when so many people have worked so hard for us to have that right,” she said. “They’re probably turning in their graves right now knowing that some people aren’t voting, especially for women, and how long it took for women to have voting privileges.”

Al Namee also noted that for her, it is “extra special” to have that right because she was born in Iraq and became a US citizen upon moving to the US.

She finds it particularly hard to understand people she talks with who express support for political issues, but fail to vote.

But despite her disagreement with non-voters, she said, “I can’t cast that judgment on other people, but if you have the right, you might as well take advantage of it.”