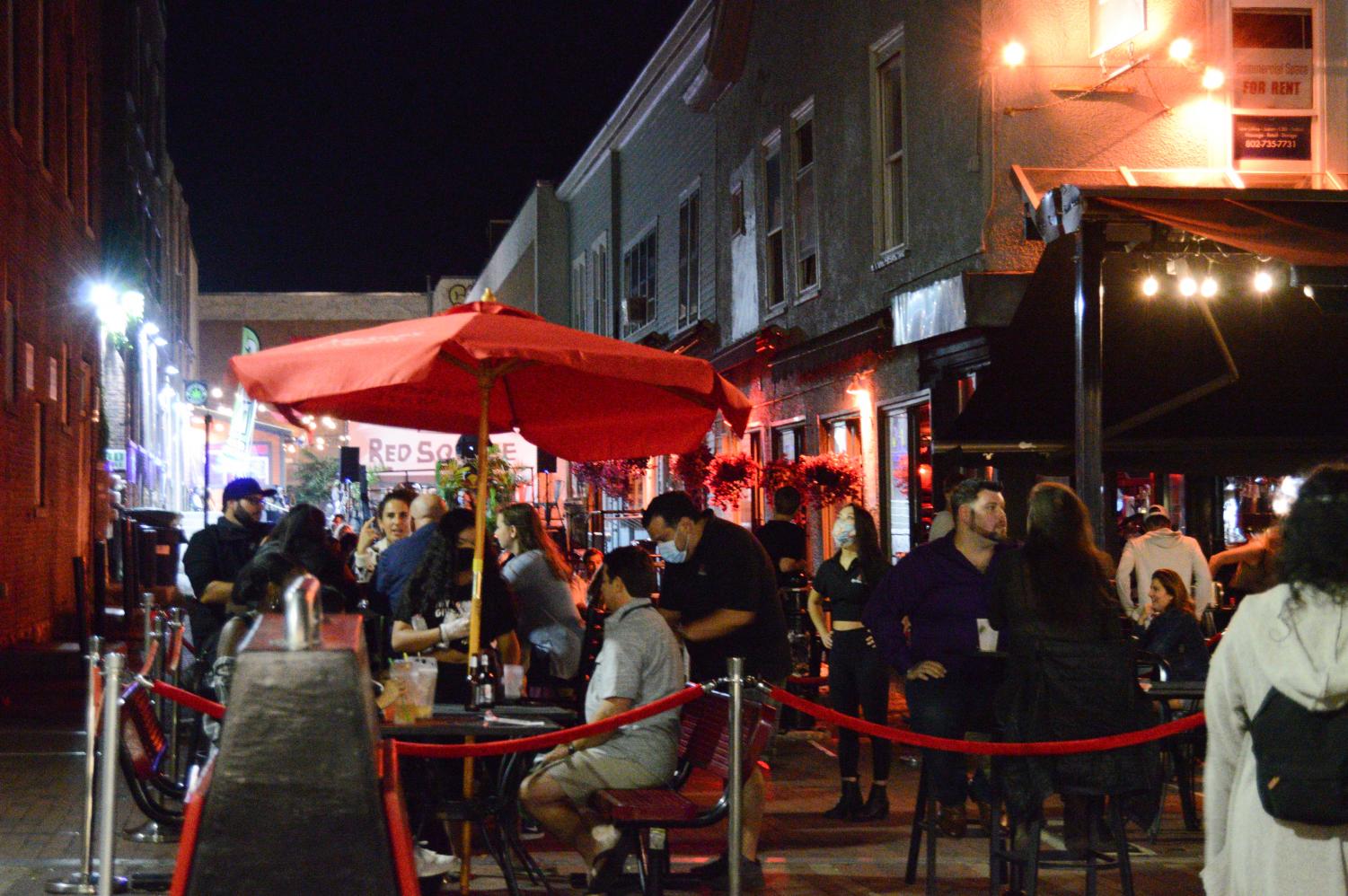 On Aug. 20th, the City of Burlington instituted new policies limiting gathering sizes and alcohol sales to prevent the spread of COVID-19, right before University of Vermont students flooded back into Burlington to start a new semester.

Establishments with a First or Third Class License from the Department of Liquor and Lottery (DLL) may only serve alcohol from 8 am to 10 pm, according to the Burlington City Council COVID-19 Emergency Order re: Gathering Size and Alcohol Sales.

Most bars in Burlington had previously stayed open until 2 a.m. at the earliest.

“It’s a delicate balance between public health and the survival of our locally owned small businesses which are super important to our community,” executive director of Church Street Marketplace and Director of City of Burlington Business Support Kara Alnasrawi said.

The City Council order will remain in effect until Sept. 30, unless the Council amends, rescinds, or suspends the order, or until Mayor Miro ends the COVID-19 emergency in Burlington.

“The hope is that it won’t last forever; that it will just be for a temporary period of time until the students have adjusted to being back and the community has adjusted to having them back,” Alnasrawi said.

To keep businesses profitable while following social distancing restrictions, Alnasrawi said the City of Burlington launched an Open Streets Program where businesses are allowed to spill out into streets across the city on Saturdays, effectively expanding their revenue producing space.

An expanded sidewalks program was also launched so businesses can block up to two parking spaces in front of their establishment to either sell goods or to seat customers, according to Alnasrawi.

Brad Luck, co-owner of the downtown bar Rasputin’s, closed his business on Mar. 14 due to current State regulations and concerns about safety.

“We certainly have thought about trying to stay open with outdoor seating, but we don’t have a lot of road frontage,” Luck said. “It’s also just not the type of environment that people expect when they come to Rasputin’s, and we want to replicate the experience that people have, or return to it.”

Unable to take advantage of the Open Streets Program, Luck said Rasputin’s paid some employees with Paycheck Protection Program (PPP) money early on, while keeping some employees on for an additional eight weeks. The bar continues to access both state and federal resources to stay afloat without their usual summer inflow.

In reference to bars in Burlington that operate with indoor and outdoor seating, Luck said that bars inherently promote socialization, while lacking the structure to enforce social distancing.

“The act of drinking doesn’t promote wearing masks, and the idea of going to a bar is usually to hang out with other people and have fun and drink,” Luck said.

Earlier this summer, four establishments were issued warnings from the DLL for violating Governor Phil Scott’s state of emergency executive order, which limited outdoor operations to a maximum of 150 people and having all patrons seated. Red Square Bar and Grill and Ake’s Place received warnings on June 24th, and The Other Place and JP’s Pub on June 30, according to The Burlington Free Press.

Bars continuing to operate may face additional problems other than COVID-19 restrictions, as Alnasrawi said colder weather as a potential threat to Burlington’s businesses.

“When the weather changes anything outdoors will be problematic,” Alnasrawi said. “Currently, indoor dining is allowed and being indoors in a bar is allowed; I don’t envision that changing, it’s about whether members of the public will be comfortable doing that in winter.”

Current State guidelines cap indoor seating at 50% capacity with a max of 75 people.

Without supplemental outdoor seating, bars may struggle with such a limited capacity for guests and restrictions on their hours during colder months; however, another COVID-19 outbreak could be even more harmful to businesses and Burlington’s residents.

University of Vermont senior and Burlington resident Emma Starkweather said that the lessening presence of bars may create an unregulated, counterproductive social scene.

“After 11 pm, people are still going to be up and want to go out, especially on Fridays and on the weekend” Starkweather said. “I stopped by a party and the basement was ridiculously packed and I just turned around and walked home; it literally went back to normal, it was like there was no COVID-19, like everyone was at a house party.”

During the week of Sept. 3, UVM reported 3 positive COVID-19 tests, bringing the cumulative total to 12 students since Aug. 7, according to a Sept. 10 Vermont Cynic article.