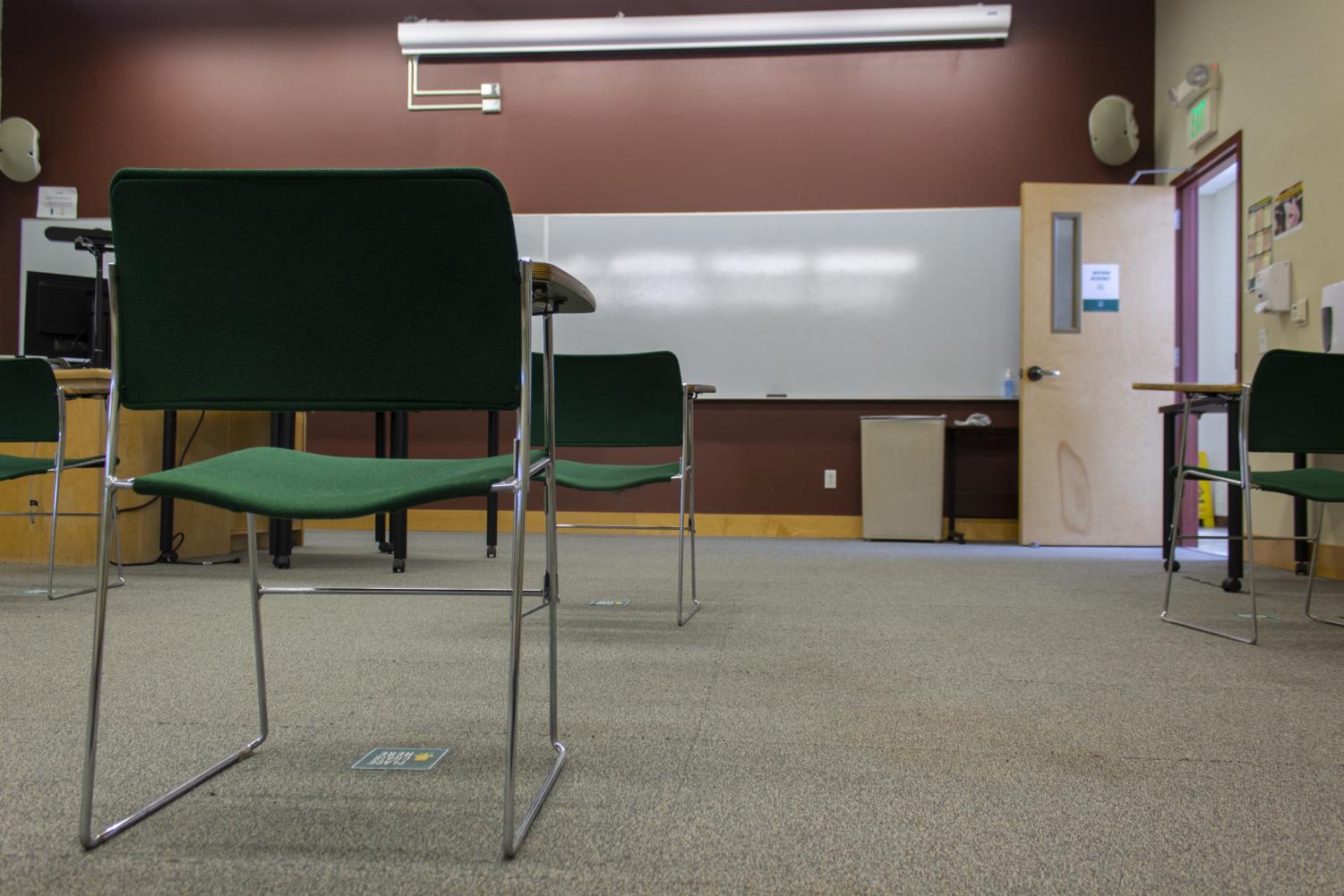 If the UVM administration goes through with the termination of the geology department, the university would stand out as one of the only state institutions in the country without a geology program.

On December 4, 2020, Provost Prelock and Dean Falls informed students and faculty about their plan to terminate 21-degree programs from the College of Arts and Sciences. Geology was notably the only science major on the list, leaving their twelve faculty and six staff members with uncertain futures.

“There was no consultation, there were no metrics laid out of ‘oh well if in the next three years you don’t have this many majors and don’t teach this many classes then things will change. It just came out of the blue,” Professor of geology Paul Bierman said.

The six internationally renowned geology faculty have raised a collective $19 million for their research and have a combined 332 published peer-reviewed papers. The professors research in nearly a dozen countries and have authored three popular textbooks together.

Dean Falls said he was “tasked with figuring out how to address the college’s structural budget deficit” in the middle of September 2020, though he did not expand on who mandated this task.

According to Falls, within the College of Arts and Sciences, the geology department fell into a low enrollment category.

“I understand my own ignorance, I’m not a geologist, so for me to tell them exactly what they should do is a little arrogant. Ultimately what I do is say ‘hey, we can’t maintain the status quo anymore, here’s my proposal to terminate. Now let’s start talking about what might be possible moving forward,” Dean Falls said.

Bierman said after Dean Falls told the department to “find a home” they wrote “Earth Vision,” a comprehensive plan to update the entire geology department, renaming it “Earth!”.

The Earth Vision proposal explains how faculty could “pay for themselves” by teaching enough credit hours to cover the cost of their positions.

“That means redesigning a curriculum that is attractive to a broad range of students and their interests, irrespective of their academic unit,” the document states.

Earth Vision would also emphasize bringing in external research money to cover the cost of equipment maintenance and technical support, as well as making facilities open to an estimated 44 faculty and their students who could benefit from the instrumental, lab and intellectual resources of “Earth!”

“The president’s seen it, the provost’s seen it, the deans have all seen it, that was at least a month ago,” Bierman said. “And I got a couple of ‘thanks that looks good,’ but nothing else. I don’t know where it is in the giant black hole of admin here.”

It has been more than two months since the proposed termination of the geology Department and no calcified plan has been settled on by the administration. The email from Dec. 4 to all students and faculty stated “Courses in many of these subject areas will continue after the major or minor has been eliminated.“

“It’s important to realize that eliminating a major, eliminating a minor, phasing these things out, doesn’t mean that the faculty go away,” Dean Falls said. “The courses and disciples will continue to be taught, there may be another major that comes and takes its place that’s more robust.”

Bierman countered this statement, stating that none of the geology faculty would stay to teach large 100 level classes to environmental science students without a graduate program, labs, or research prospects.

“The scary part of that is that we have half a dozen essentially hireable faculty, a couple of them have already gotten calls about jobs, but if this goes on for too much longer there may not be a geology department,”  Bierman said.

The uncertainty extends to the students in the geology Program who may have their major completely uprooted if faculty decide to leave. Sean O’Neill, a first-year in the geology program, said he would consider transferring schools if the geology department is dismantled.

“I’ve been told repeatedly that I will still be able to get my degree in geology despite these budget cuts, but I am certainly not convinced that my education won’t be affected,” O’Neill said.

Perhaps the most striking aspect of the proposed elimination of the geology department is the toll it would have on the environmental science programs at UVM.

“The whole service to the state piece; you know what we do for floods and landslides and groundwater and all those things that the state just sort of takes for granted, are going to disappear,” Bierman said.