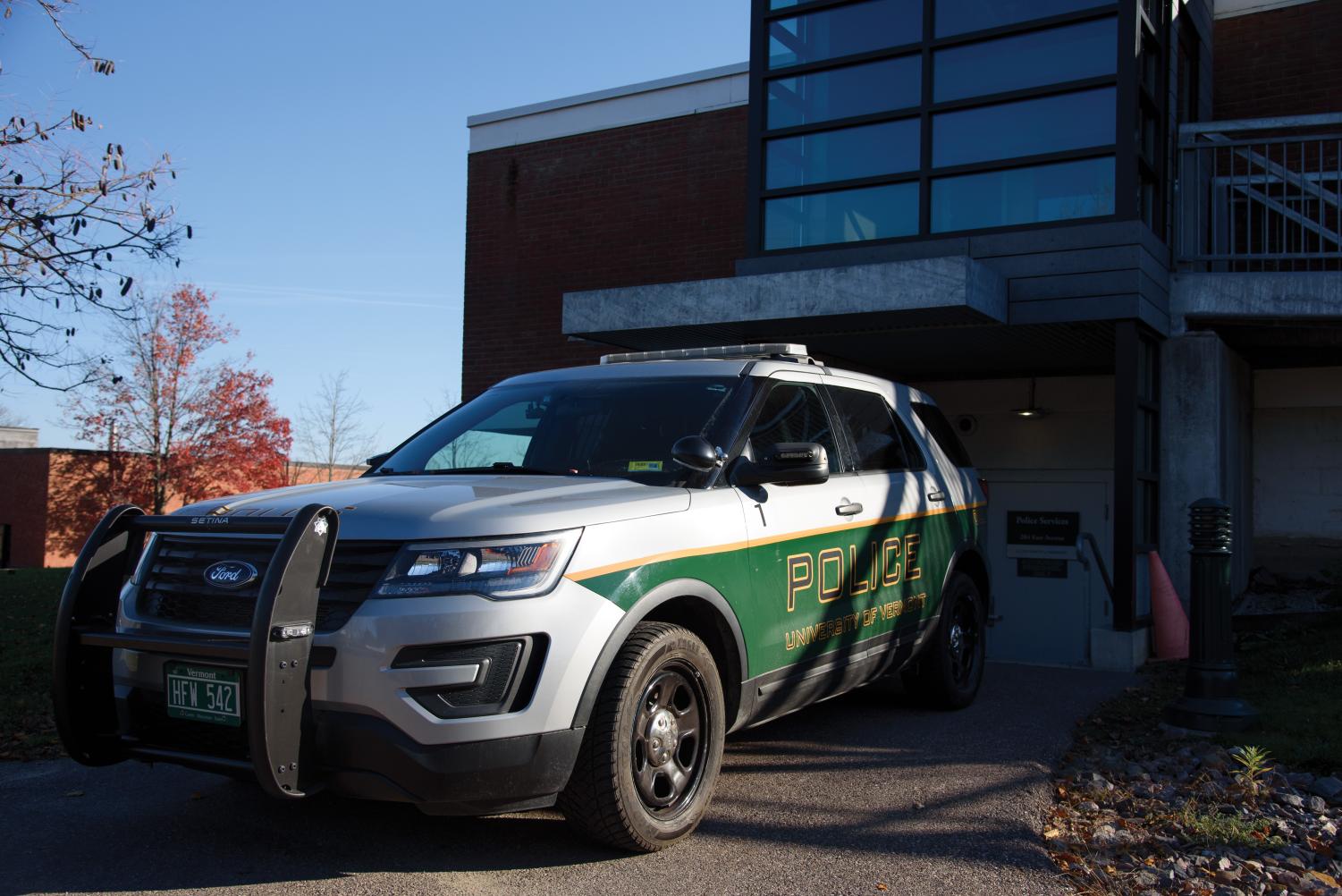 The UVM Police Department at 284 East Ave. Nov. 3. The University has implemented tools, such as the LiveSafe app, Blue Light units and the CatAlert system, for students to stay safe on campus. (Grace Wang)

The UVM Police Department at 284 East Ave. Nov. 3. The University has implemented tools, such as the LiveSafe app, Blue Light units and the CatAlert system, for students to stay safe on campus.

Editor’s note: The last name of one student interviewed for this piece has been changed to a pseudonym for reasons relating to safety concerns.

While UVM’s administration has been working to advance protocols ensuring safety on campus, some students report still feeling wary.

Maintaining a safe and secure campus is one of the University’s highest priorities, according to UVM’s safety and security philosophy.

Safety tools such as the LiveSafe app, Blue Light units, CATAlert and more have been implemented and improved upon over the years to ensure students are safe on campus.

“I still don’t feel entirely safe,” senior Gretel Atkinson said. “When I’m alone at night I am very alert so I feel like I can keep myself safe, but I don’t feel safe overall.”

Much of Atkinson’s sense of security on campus was compromised when her dorm was broken into during her first year, she said.

A former coworker crossed state lines to find her and broke into her room, she said. She believes he located her by asking people where she lived to find her dorm building, then walking until he found her name tag on the door.

“I woke up in the middle of the night to this creepy man screaming at me, swearing at me, basically threatening to do stuff to me,” Atkinson said. “I freaked out and I started crying and I made sure he left my room.”

To avoid dangerous situations such as these, Atkinson would like to see more security be implemented in residence hall buildings to prevent non-students from entering, she said.

Atkinson proposed that people who are not students at UVM should need a temporary pass to enter and should have their ID checked so Residential Life staff know who they are, she said.

“It’s fairly easy for students to be able to enter into residence halls, especially at night or on weekends, because students are constantly going in and out,” Palastra said. “I would personally like to see a little more campus security. Especially some increased security within the dorms because that is a genuine concern for me.”

From 2019 to 2021, there have been 39 reported burglaries, 13 reported motor vehicle thefts, 12 reported counts of arson and 38 reported cases of rape in the UVM community, according to the 2021 Annual Security Report issued Sept. 29.

In the next few weeks, UVM will be adding decals on the doors of each residential building that say to not prop open the door, and if doors are propped, an alarm will sound to inform the ResLife staff to go and close them, Schirling said.

“In my personal experience I feel relatively safe on campus,” sophomore Maxine Taylor said. “Compared to the rest of Vermont I feel a lot safer on campus, even when walking at night.”

However, while Taylor reports feeling relatively safe at UVM, she still experienced a dangerous situation while waiting with a friend at a bus stop on campus, she said.

While waiting at the bus stop across from the Davis Center, someone tried to steal an item out of her friend’s backpack, she said. It was surprising because the incident occurred in broad daylight with many people around.

To address more on-campus issues, UVM has been improving the LiveSafe app, an app that launched during COVID-19, which is intended to provide students with a way to directly contact UVM safety officials in case of emergency.

“We actually haven’t done a robust marketing push yet because we’re waiting for a couple of additional enhancements that we’ve requested,” Schirling said.

Because of its limited marketing, not all students are aware of how to navigate the app.

“I’ve definitely heard of it, but I actually don’t have any experience using it,” first year Ava Gordon said. “I would like to understand what that LiveSafe app is. I wish they talked about it a little bit more.”

Other students shared similar experiences to Gordon, knowing of the LiveSafe app but not having much experience navigating it.

“I’ve heard of it,” first-year Gustavo Botero said. “I think I have the app downloaded but I’ve never used it.”

Schirling said he envisions the LiveSafe app becoming a more central, navigable app that students can use in any case of emergency to call police services, or to utilize its SafeWalk feature, a virtual escort tool, while walking on campus.

“We’re constantly looking to modernize the way we approach safety on campus for everyone,” he said. “So if folks have ideas, we’re always listening.”

In the case of a serious emergency, students can call 911 or UVM Police Services, both of which can be done through the LiveSafe app or basic telephone services.