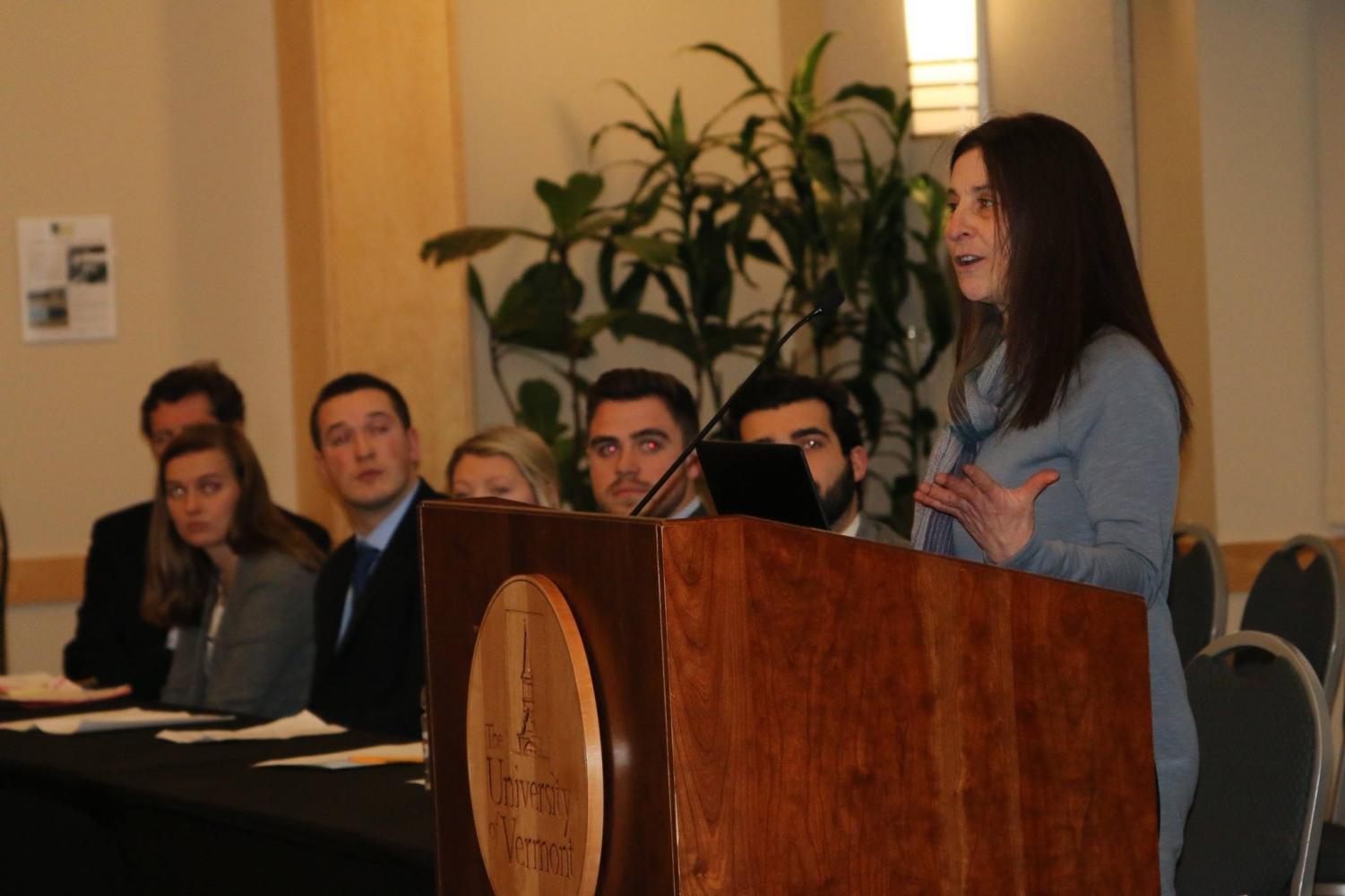 For the past seven years, Barbara Rachelson, has represented parts of the UVM community in the Vermont legislature.

Rachelson represents the Chittenden 6-6 district in the Vermont House of Representatives, which includes parts of downtown Burlington as well as the Redstone campus.

She has served as a representative since 2013 and serves on the House Judiciary Committee and the Joint Committee on Judicial Retention.

Although Rachelson has only served for the last seven years, she’s not a newcomer to politics.  Since college she’s seen the political climate change for women over her last 20 years of experience across the country.

Inside the Vermont House, in the beginning of her first term, Rachelson said she faced clear cases of sexism.

“There was one senator who was very touchy, and I would try to avoid him,” Rachelson said.

In 2015, a renewed conversation over sexual harassment in the House erupted after Sen. Norm McAllister, R-Franklin was accused of sexual assault, according to a May 2015 VTDigger article.

Although McAllister was never criminally convicted he lost his senate seat and the House changed its sexual harassment policies to protect staffers of representatives as well as the representatives.

For Rachelson, she had experienced years of what is now considered under House policy to be harassment and discrimination especially during her first internship as a college student.

As a college student at Brandeis University, Rachelson went to D.C. to intern in politics where she was unable to be a part of policy change conversations unlike her male peers. Instead she was asked to do secretarial work with the other women in the internship.

Being a part of the conversation has always been a priority for Rachelson. From an early age, she saw herself in a leadership position.

“I alway knew I wanted a career in social change. I didn’t know what that would look like, but it just seemed important to me to do something because there were so many injustices in the world,” Rachelson said.

After college, Racheslon started a career in social work. She did field work in the Michigan legislature on the House Judiciary Committee. According to Rachelson, this experience made her realize that politics were more accessible to women than she thought.

“I definitely started thinking of running for office for the first time,” she said.

In 1984, Rachelson’s peers in the legislature encouraged her to run for city council. She lost the election, but the experience stayed with her.

“I put my heart and soul into that election. It was so painful to lose, so I put it on the back burner for a while,” Rachelson said.

After her first loss, she continued her career in social work and moved to Vermont with her family.

In 2012, Rachelson was asked to run in the Vermont House election by two female legislators. She ran unopposed and won the seat in 2012. Rachelson cites herself as following a common pattern of women in politics.

“I had just heard [former gov.] Madeleine Kunin speak and she said ‘Women don’t run unless someone asks them to,’ and I realized that was true, the past two times I ran because someone asked me to,” Rachelson said.

Despite gender patterns, three of the highest leadership positions in the legislature, Speaker of the House, President of the Senate and the Lieutenant Governor, are all held by women.

Representative Maxine Grad is the chair of the House Judiciary Committee. She said that there has been a rise of women getting elected over her past twenty years of experience.

“I think attitudes are changing. People are realizing women have a place at the table,” Grad said.

Yet, according to Rachelson, campaigns still pose challenges to women specifically.

“Women who run for office, people still judge them based on how they are dressed or their hairstyle more than men,” Rachelson said.

“While Jill leads, she’s not leading from a place of ego. It feels really good, and it feels different. She’s the first speaker I’m not afraid of,” Rachelson said.

Senior, political science major, Cameron Collins is interning for Rep. Rachelson. He cites the many women in leadership positions as role models to his learning experience. He admits that he sees his gender identity as a privilege as he begins to enter his own career of politics and law.

According to Rachelson, she hopes to be an advocate for women and for all the constituents she represents.