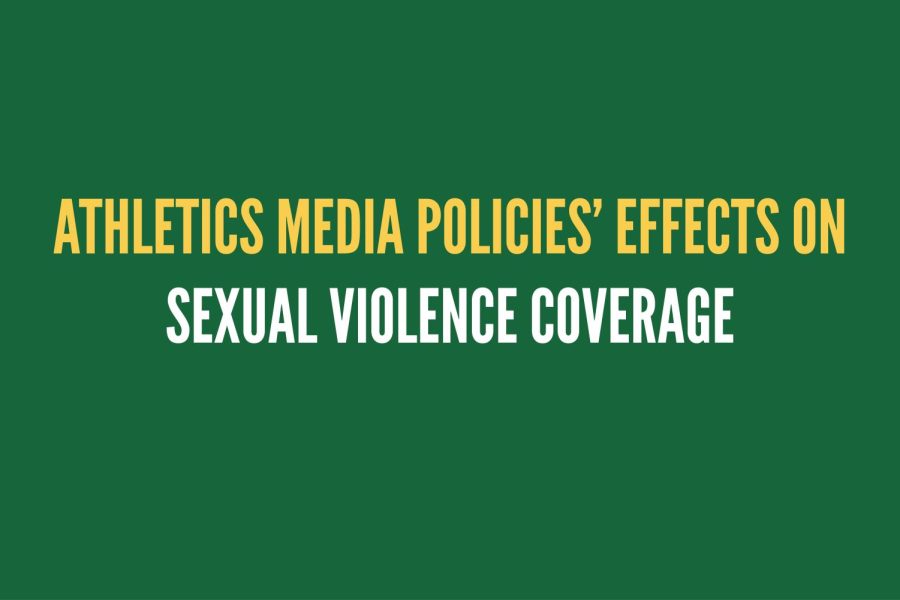 UVM athletics declined to send a courtesy photo for story pertaining to sexual violence, seven months after saying the department would not facilitate photoshoots of this nature, according to a March 20 email from Nich Hall, director of athletic communications.

Hall refused to send the Cynic a courtesy photo of UVM’s head men’s basketball coach, John Becker, for a planned article about Becker’s America East coach of the year award in the context of the campus climate surrounding sexual violence, according to a March 20 email.

Becker received the America East coach of the year designation March 4, according to UVM athletics, which comes after significant backlash to the men’s basketball team over issues of sexual assault allegations in recent months.

The athletics department will not facilitate photoshoots for sexual assault coverage within the department, Hall said during an Aug. 24, 2021 conversation with the Cynic’s Editor-in-Chief Kate Vanni, a senior. This policy is specific to UVM Athletics but similar to other models at other Universities, he said.

“[For] specific reporting on sexual assault, […] if you were to go through me to do a photoshoot about that, we probably wouldn’t allow it,” Hall said. “Absolutely you guys should do that reporting and do the photoshoot, but, at the same time it’s kind of against our internal media policy.”

Hall brought up the topic of sexual assault as a reference to recent sexual assault coverage in which protocol was not followed, but the policy could be applied to any subject, Schulman stated in an Oct. 7 email.

This conversation occured less than a year after several students called for the resignation of director of athletics, Jeffrey Schulman, based on the mistreatment of sexual assault cases within the athletics department, according to an Oct. 13, 2020 Cynic article.

Additionally, the department requires all athletes to report all media requests, Hall said.

“From our end, [the policy exists] mostly so we can sort of do the maintenance on it, like make sure the interview goes properly, make sure we can promote it properly,” Hall said.

This includes preparing athletes for specific talking points and collecting the athlete’s thoughts to prevent them from saying something they do not mean, said graduate student Josie Larkins, captain of UVM’s women’s basketball team.

Hall was present during the interview with Larkins regarding his quotes.

“It’s pretty antithetical to what journalists do,” said Maleeha Syed, a reporter for Crosscut and former reporter for the Burlington Free Press. “The whole point is that you’re not promoting anything.”

Still, these protocols are consistent with universities across the country and are subject non-specific, stated UVM athletics director Jeffrey Schulman in an Oct. 8, 2021 email.

The UVM Student-Athlete Development Handbook lists “hints” for student athletes to refer to if they partake in an interview. The latest edition available online is from 2019-20.

“The following are hints for dealing with the media:

Do not criticize your teammates or your coaches in the media; Speak in plain English, and keep comments short and to the point.”

These two bullets were included in bold text along with eight other hints.

The Handbook also states interviews should be arranged through UVM Athletics’ communications office.

The policy, in terms of coverage for general features, includes going through the athletic communication and broadcasting office, Hall said earlier in his conversation with the Cynic’s Editor-in-Chief.

Still, graduate student Kendall Ware, who came forward about UVM’s treatment of her sexual assault case, said she was never told by any UVM administration that she could or should not speak to the press about her case.

The policy of going through Hall for interviews is well known among athletes, however it is implied this policy only applies when a student is representing the athletics department, Ware said.

That being the case, it’s in the athlete’s best interest to alert the athletics department regardless, for pointers or strategies to use in the interview, Larkins said.

“[This policy] definitely discourages people from speaking out against [sexual assault], if they believe that there could be a consequence,” Ware said. “It also discourages students from reporting on something that students have a right to know about.”

This policy, Ware said, lines up with her experience of UVM discouraging her from partaking in a formal investigation of her sexual assault case.

After several requests, Hall declined to facilitate another private interview with an athlete, according to an Oct. 14 email from Hall.

“With the comments from Jeff Schulman and quotes you have from Josie Larkins today I feel like you have what you need in terms of reporting on this topic,” he stated.

Hall also declined the Cynic’s request to interview him, according to an Oct. 5 email.