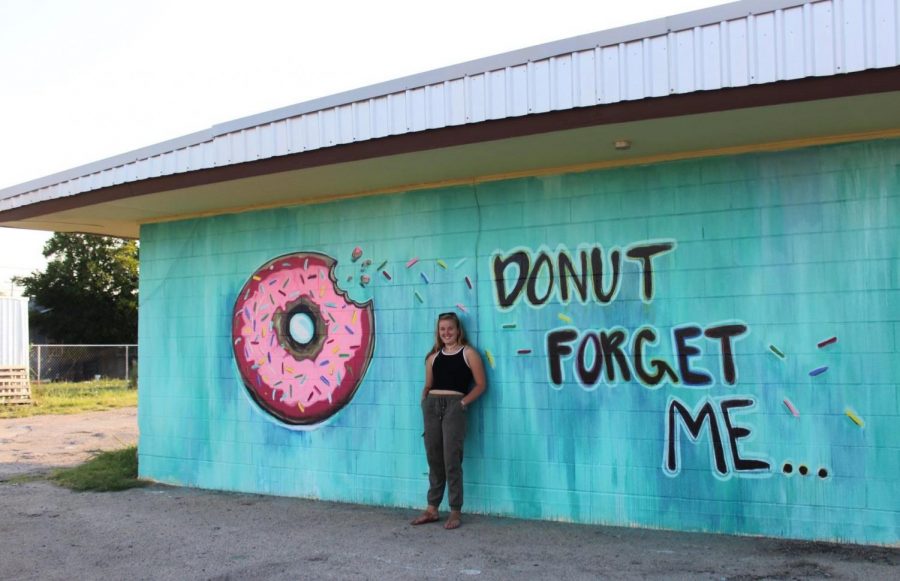 Everyone knew Sarah Starion by her nickname, Sas, given to her by her mother as a kid because ‘she was just so sassy.’

As Sas’s friends mourn her death, they remember her as an outgoing and welcoming friend who was dedicated to her studies and, above all, contagiously friendly.

Sarah ‘Sas’ Starion died unexpectedly May 14 in her Burlington apartment. She was 21 years old, and a junior at UVM studying Food Systems in the College of Agriculture and Life Sciences.

Sas was also a member of the club softball team and Alpha Phi Omega, a service fraternity, and a student supervisor for Campus Rec among other things.

While Sas had no formal position with APO, she was always very welcoming to new people and just seemed to know everyone, APO President and UVM Senior Delaney Kelleher said.

“She was someone who took her role as a general member and just ran with it,” Kelleher said.

Junior Polina Chetnikova, Sas’s friend and roommate, said Sas knew how to make people feel comfortable and welcome in a way no one else could.

“If there was ever someone in a room that was alone and didn’t have someone to talk to, she would walk up to them and just be like ‘whats up’ and start a conversation,” Chetnikova said. “She was really such a catalyst in that way.”

Chetnikova recalled one of her first and favorite memories of Sas, when Chetnikova had no one to go to an upcoming concert with and Sas immediately invited her to go with Sas and her friends.

“I remember her just being like ‘nope it’s decided, you’re coming with us and it’s going to be a great time,’” she said. “She welcomed me without hesitation.”

Emily Stephenson, a student at Plymouth State University in New Hampshire, met Sas in their hometown, Salem Massachusetts, working at an arcade in high school and has been best friends with her ever since.

“She knew how to light up a room like no one else,” Stephenson said. “Whether you knew her for five minutes or your whole life, you felt like you could talk to her about anything, she was just so welcoming.”

Sas’s vibrant personality shone through with her work at APO. At an event called the Spectrum Sleep Out, students slept on the Davis Center Green in solidarity with the youth homeless community to raise money and donate materials to Spectrum, a youth and family services organization.

“This was one of Sas’s favorite events,” Kelleher said.  “She was usually the highest fundraisers for the event. She brought a hammock and was just sleeping between two light poles. It was just really funny.”

When she wasn’t sleeping on the Davis Center Green, Sas was spending time with her friends, often outdoors, or with her roommates on Isham Road, Kristen Werner, Polina Chetnikova, Karina Aliyeva and Sharwari Salvi.

Werner said she had been friends with Starion since her sophomore year when they both lived in University Heights, spending many late nights together hanging out with their friends.

When asked to describe Starion in one word, Werner chose “sunshine.”

“I would say sunshine is her because she just brought such a strong energy wherever she went. She was just a very enthusiastic type of person,” she said.

In her free time Sas skateboarded and longboarded. “She was generally pretty outdoorsy,” Werner said. “She had scraped-up knees all the time.”

As a food systems major, Sas was also passionate about healthy eating. Last summer she worked as a dietary intern at the Hole in the Wall Gang Camp, a camp in Connecticut for seriously ill children and their families.

“She loved it there,” Stephenson said. “That was one of the proudest things for her that she got to do that.”

Stephenson and Chetnikova also recalled Sas’s quirks that they would joke around about together, like her funny laugh and her sometimes unusual eating habits.

“She loved having rice with soy sauce and hot sauce together,” Chetnikova said, as her and her roommate laughed remembering how they always teased Sas about this.

“That girl ate the weirdest things,” Stephenson said, also laughing at the memory. “Sas and her avocados, she was their biggest proponent, always talking about how they’re a superfood.”

Stephenson and Chetnikova both said Sas’s kind and infectious energy made her a joy to be around, not just for friends and family, but for everyone she met.

Kelleher sees Sas living on through the people she impacted through her service and the friendships she made. To Kelleher, Sas will always be a part of the APO Community, the UVM Community and the greater Burlington community.

“She was, she is, just truly someone that we are really really lucky to have,” Kelleher said.