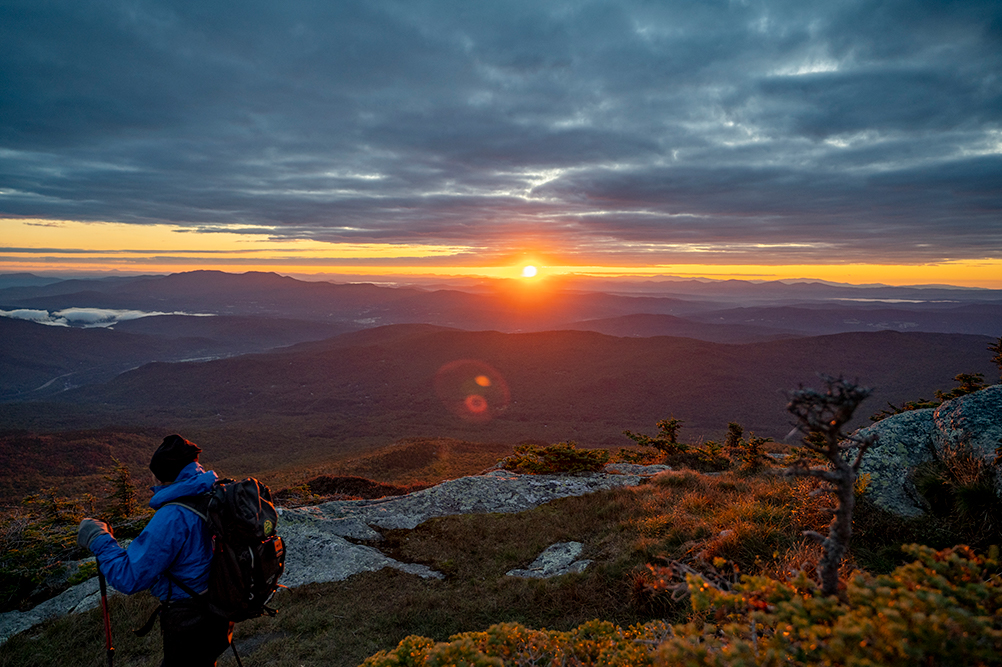 As the sun rises in the eastern sky illuminating the Green Mountains, a hiker begins their descent down from the peak of Camel’s Hump Sept. 20. (Sawyer Loftus)